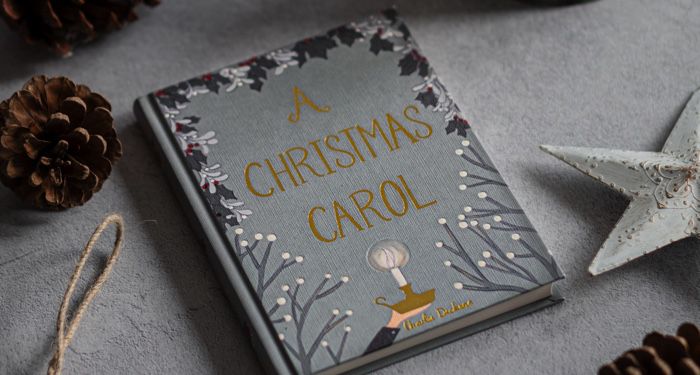 The Best Audio Adaptations of A CHRISTMAS CAROL | Book Riot

Until this fall I had, somehow, never actually read A Christmas Carol. I’d seen movies and listened to radio versions, but despite living with a gorgeous edition (belonging to my husband) for over 20 years, I’d never read it. When I finally sat down to do so, I discovered that it is a great deal more than just a nice story; Dickens’s prose is exquisite, the story moves at a clip, it’s emotionally satisfying, and all the versions of it that I was familiar with and loved the most borrowed liberally from the text, with little need to embellish it (beyond giving said text to Gonzo) because it was already perfect.

There have been many adaptations of A Christmas Carol, among them stage plays, movies, and my favorite: radio dramas. Not to mention all of the various audiobooks, many of them performed as audio dramas. In fact, with so many options, it can be difficult to choose a way to consume this quintessential Christmas story.

The first stage production, A Christmas Carol: Or, the Miser’s Warning!, opened in February 1844, about two months after the novella was published. Dickens frequently gave public readings, beginning in 1853 with a reading of A Christmas Carol; over time, he adapted his own novella to best suit the format, and he continued to read from it until his death. To be certain, audiences in the 19th century didn’t have the option to watch a movie, but even today I find listening to the story pleasant and a good way to spend a December evening, with the yule log burning on my TV (I live in SoCal, a real fireplace would be too warm) and Chex Mix and cookies to snack on.

I have done the leg work to help you decide. I’ve listened to dozens of radio dramas, audiobooks, and other adaptations, and narrowed it down to the best of the best.

A Note on Movie Adaptations of A Christmas Carol

There is little sense in ranking movie adaptations. The singular best version is The Muppet Christmas Carol, which is nearly perfect in its theatrical version and absolutely perfect with the sometimes-missing “When Love is Gone” scene.) Beyond the Muppets, what version you watch depends entirely on your taste. (Of course, this is true for radio, too, but there are even more options there.)

There’s the 2001 animated feature, with the voices of Simon Callow, Nicolas Cage, and Kate Winslet. If you prefer a modernization there’s Scrooged (1988), assuming you can stand Bill Murray (some can, some can’t), or Rod Serling’s 1954 United Nations special A Carol for Another Christmas, starring Sterling Hayden. Like musicals? There’s Scrooge (1970), starring Albert Finney. Ralph Richardson starred in a 1951 episode of Fireside Theater, while Alastair Sim starred in a theatrical feature the same year. Guy Pearce took the lead in a 2019 version that leans all the way into the gothic horror of the tale.

Perhaps the strangest version is the 1978 TV movie starring Rich Little in every role, doing an impression of a different actor in each (he plays Scrooge as W.C. Fields and the Ghost of Christmas Past as Humphrey Bogart). For an alternate one-man version, BBC Films adapted Simon Callow’s stage play, which was based on Dickens’s readings, in 2018.

The Best Audiobook Adaptations of A Christmas Carol

This is THE gold standard audio recording. If you must choose one audiobook, you’ll likely be happy with this one. Sir Patrick Stewart reads with such joy and vigor that his voice veers occasionally into sounding more like Michael York than Captain Picard, but it’s a delight.

A Christmas Carol: A Signature Performance by Tim Curry

This Audible Original is a must-listen if you love Tim Curry (show me the person who does not; no, really, I just want to talk) but it lacks some of the depth found in other versions. Still, if you subscribe to Audible it is worth a listen. 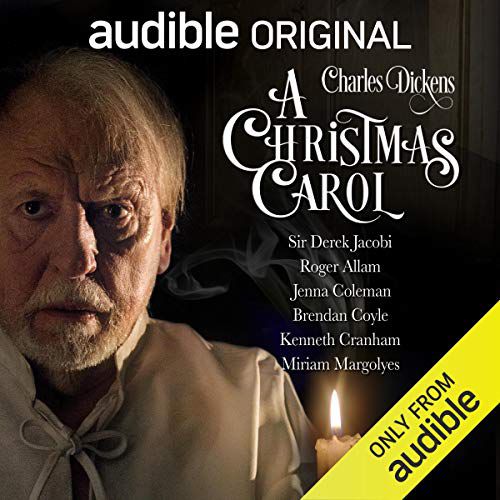 Narrated by Sir Derek Jacobi as Charles Dickens himself and featuring a full cast, this is truly the best of both worlds, if those worlds be audiobooks and radio dramas.

I almost didn’t include this one, as it is only available on CD, but it’s just too delightful to know it exists and not share it. You may know Jim Dale’s voice from Pushing Daisies or the British audiobooks of a certain boy wizard series.

The Best Radio Drama Adaptations of A Christmas Carol

The majority of these are available on various audio services such as Spotify, and are also on YouTube; I have linked to videos when available (most have no visual component).

Lionel Barrymore was slated to play the part but he was ill and Mercury Theatre head Orson Welles took over and did double duty, performing his usual role of the narrator in addition to playing Scrooge. I don’t think I need to tell you how good Orson Welles is. This is the version I listen to every single year, and it is unparalleled.

Lionel Barrymore performed A Christmas Carol every year on CBS radio, starting in 1934, with the exception of 1936 when his wife died and his brother John Barrymore filled in, and 1938, when Orson Welles took over (see above). This 1939 recording, with Welles narrating, is a wonderful version; I also recommend his last time out, in 1953 for Hallmark Presents (sans Welles), but must warn you that his age is apparent in his voice (he was 75 years old and died before Christmas 1954).

If you love Laurence Olivier, you will love this! Sir Larry narrates and plays Scrooge, and it’s a playful adaptation, if mostly special for the who rather than the what. (It is also the shortest adaptation on this list, if time is a concern!)

I really like this version, and appreciate the duality of Richardson as narrator and Scrooge. This drama takes its time and feels a lot like reading the book, which is a good thing!

I haven’t found much information about this broadcast, but it seems to be something of a novelty, with Toronto Mayor David Crombie playing the role of Tiny Tim amongst an all-star(ish) cast that also included the Toronto Maple Leafs coach in a small role and narrated by television personality Max Ferguson.

This recording of the live performance is great fun and the only one I found featuring a woman as Scrooge. The show starts at about five minutes in, after a nice introduction for the live audience. I really enjoy the multiple narrator approach!