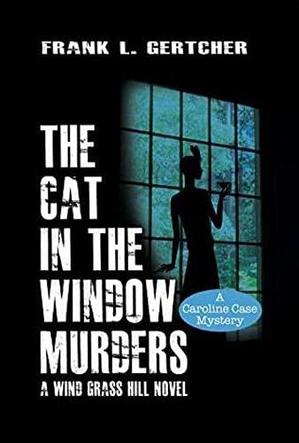 THE CAT IN THE WINDOW MURDERS | Kirkus Reviews


It is June 16, 1929. Caroline Case and Hannibal Jones are now married, and the dynamic detectives have decided it is time to leave Chicago and the Al Capone–North Side Gang wars behind them for a while. They are enjoying dinner in a private, first-class dining room when they hear a commotion from the adjacent space. Sure enough, someone has been murdered. Seated at the head of a table, tilted in her chair, is the lifeless body of the wealthy, widowed Mrs. Rosemary Davin Pierpont. Naturally, Caroline and Hannibal are asked by Capt. Blancart to help solve the case. In between wining and dining in luxe style, as Caroline struggles with her fledgling knowledge of French, they successfully employ their superior interrogation skills and their mastery of surreptitiously obtaining the fingerprints of viable suspects. But this is just the first of their adventures. After arriving in Le Havre, they are approached by Capitaine Inspecteur Pierre Soucet, who requests their assistance in solving the brutal murder of a tourist. Their investigation, reflective of their years in Chicago, puts them in the crosshairs of Europe’s organized crime syndicates and France’s corrupt police officials. Caroline, the saucy, ebullient narrator of the novel, speaks to readers through her copious diary entries. Once again, Gertcher combines some solid, old-fashioned sleuthing with period history (including new social upheavals), photographic equipment developments, and comedy, plus a bucket full of acerbic asides. Then there are Caroline’s fabulously extravagant shopping forays into the salons of Paris’ famous designers. The unusual mixture is exemplified by a violent clash that takes place in the Chanel showroom between Caroline and the thugs trying to abduct the granddaughter of an Italian mob boss. Coco Chanel herself is on hand to serve tea during the cleanup. A humorous bonus for sartorially and gastronomically engaged readers is Caroline’s meticulous descriptions of her every wardrobe selection and meal.