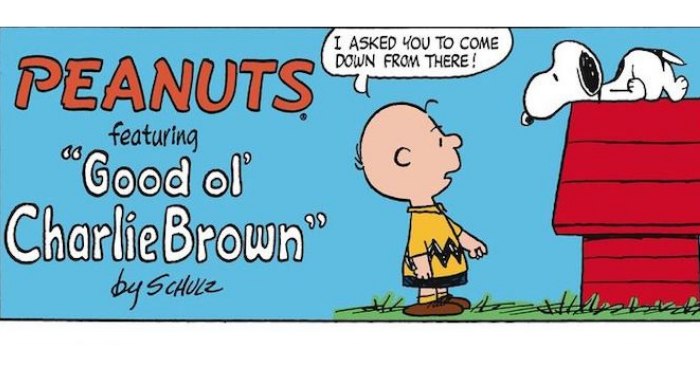 The History of the Peanuts Comics

Precisely 58 years before I was born, to the day, Charles Schulz entered the world in Minneapolis, Minnesota. Thus began the long and storied history of Peanuts comics. It wasn’t all Christmas specials and stage plays at first. Schulz took a long and winding road to get there.

After serving in the Army in World War II and returning to Minnesota, Charles Schulz started a comic strip for the St. Paul Pioneer Press called L’il Folks. From 1947 to 1950, the comic ran intermittently, never gaining a following or a permanent position in the paper. In 1950, he collected all his L’il Folks cartoons and sold them to United Features Syndicate. Despite resistance from Schulz, United Features Syndicate change the name to Peanuts.

On October 2, 1950, the first Peanuts strip ran in seven newspapers. A simple little strip that barely resembles Charlie Brown and the ragtag cast of young characters we all know and love, the strip nonetheless became a success. He won his first Reuben Award, one of the highest honors for a cartoonist, in 1955. By the end of the decade, Peanuts was appearing in hundreds of newspapers each week.

The Golden Age of Peanuts

Most critics and historians consider the 1960s to be the hayday of Peanuts. Along with continued success as a cartoon strip in newspapers across the country, 1965 saw the first television special: A Charlie Brown Christmas. The cartoon appears on television around Christmas every year even now. Charlie Brown and his friends appears on the cover of TIME that same year. In 1967, the off-broadway show You’re a Good Man, Charlie Brown debuted, a play still in regular rotation with high school and community theaters.

Charles Schulz started to expand and embrace diversity as the 1960s unfolded. In 1966, Schulz introduced “Peppermint” Patty. Unlike the rest of the Peanuts characters that all lived in nuclear families and behaved according to traditional gender roles, Patty loved sports and lived in a single-parent home. After the assassination of Dr. Martin Luther King, Jr., Schulz responded to fan outcry by introducing Franklin as the first Black character in his cartoon.

As the 1960s ended, NASA sent Apollo 10 to the moon, and the crew named their command and lunar modules after Charlie Brown and Snoopy.

While the 1960s were huge for Schulz and Peanuts, the 1970s through 1990s were important parts in the history of Peanuts. In 1973 and 1975, respectively, A Charlie Brown Thanksgiving and You’re a Good Sport, Charlie Brown earned Emmy awards. His cartoon strips not only appeared in over 2,000 newspapers (a Guinness World Record), but his work appeared in the Louvre and Carnegie Hall.

When you think of top-dollar entertainers from the 1980s and 1990s, a handful of names come to mind. Michael Jackson and Madonna. Michael Jordan and Bo Jackson. Eddie Murphy and Carrie Fisher. What if I said Charles Schulz? Over 355 million people were reading Schulz’s little cartoon strip about l’il folks in Minnesota, and Schulz became as much a celebrity as his characters. He was on Forbes lists with those other celebrities more often than not, and he was giving away millions to various charity organizations each year.

The Beginning of the End

In the 1990s, Peanuts was still the most popular comic strip on the planet. Despite strong followings for Calvin and Hobbes, Garfield, and Dilbert, millions read Peanuts every week. In addition to animated specials replaying every holiday, several animated series had come and gone and would come again. Peanuts characters were licensed into toys, food, video games, board games, and even as the main theme for children’s areas in the Cedar Point them parks. Peanuts had become as ubiquitous as Mickey Mouse or Hello Kitty.

Around 1992, some fans of the Peanuts cartoon strip started to notice a shakiness to Schulz’s drawing. In particular, his signature had taken on a wobbliness. While many assumed that Schulz was suffering from Parkinson’s, this wasn’t true. He had developed a tremor as a result of the early stages of colon cancer. In November 1999, he suffered a stroke that affected his vision, memory, and motivation.

On February 12, 2000, Charles Schulz passed away. The history of Peanuts came to a close when the final comic strip came out in newspapers the very next day. Despite United Features Syndicate owning all rights to Peanuts, they have honored Schulz’s wishes and not allowed anyone else to draw the comic strip. The characters and stories live on in reprints and reruns and licensing around the world.