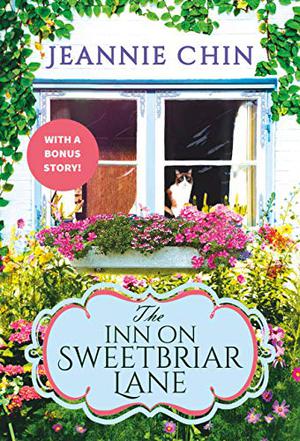 
Sweetbriar Inn has been in June Wu’s family for generations, but with tourism dwindling in Blue Cedar Falls, North Carolina, she’s desperate to keep her guests happy. Her mother’s medical bills are piling up and money is tight. When a string of noise complaints come in, she discovers that Main Street has a new addition. Clay Hawthorne is keeping his late friend Bug’s dream alive. While in the Army, they would always talk about how Bug wanted to open a bar in his hometown. With Bug now gone, Clay is determined to carry out their plans, though he already carries with him a rather large chip on his shoulder about the townspeople. He dismisses June and the other residents as busybodies, and soon he’s caught up in red tape involving liquor licenses and the local business association. Some see Clay as an outsider in their close-knit town, though there are a few—including June—who think Blue Cedar Falls could use a bit of shaking up. As in most small-town romances, there’s a full cast of characters, from nosy neighbors to perky bakers, making the setting feel alive and truly lived in. The romance itself is the weakest part of the book, as Clay quickly turns from grumpy to downright rude. He outright refuses June’s request to compromise on his construction hours even after she graciously lends him a ladder and brings him pie. His default reaction is to push people away by being unkind, and while his baggage may be understandable, the way he frequently jumps to conclusions about his fellow townspeople makes his redemption an uphill battle. He certainly doesn’t seem fully apologetic by the end, marring what could have been a charming and emotionally complex romance. June, though, is an utter delight, and Clay never reaches the point of deserving her.