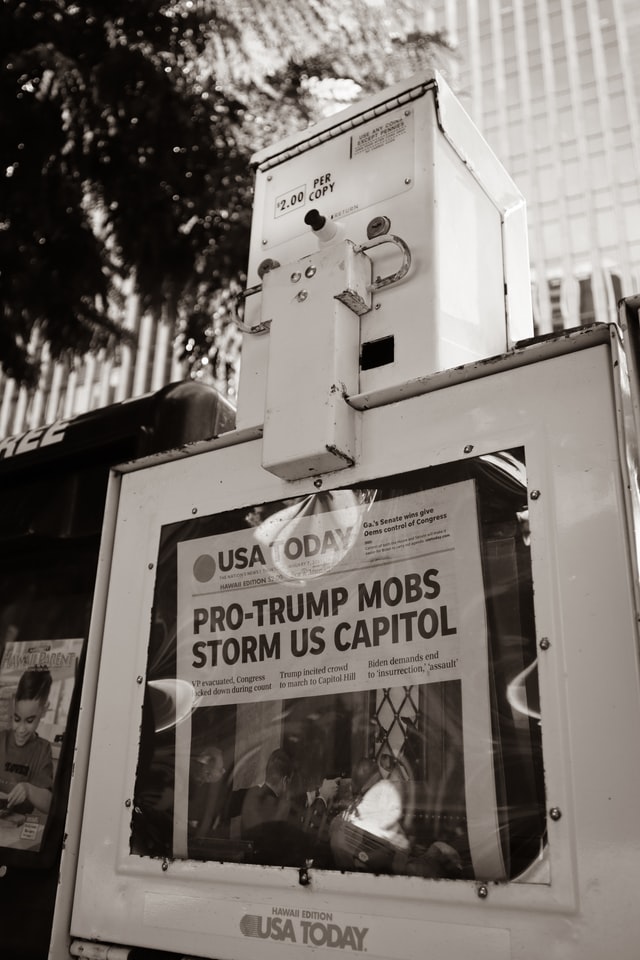 The Insurrection, Mob Mentality, & Our Growing Addiction to Anger in 2022

& Our Growing Addiction to Anger in 2022

Several weeks ago, on a crisp December day, I came home covered in anger.  I could not sit with my wife and son at the dinner table.  They were at a loss.  I explained it was as if I was coated with some strange invisible powder that could somehow cover us all.  It was an irrational thought but a real one.  I realized how much anger has come to pervade our lives.  How normal it seems to be now.  And how we much we have become addicted to it.

I was presenting a teacher-of-the-year award for a close friend of mine at our local elementary/middle school.  A school over one hundred years old in which the entire school district is the elementary and middle school.  A school near and dear to my heart.  The best part of living in a small town with a small-town school is that you know everyone—the teachers, the principal, the superintendent, and the students.  And they know you.

The award presentation was to be during a school board meeting.  I was greeted by one of the school secretaries who put me on the list to present the award—after the “call to the public.”  The small room was crowded.  I sensed that something was amiss.

As soon as the meeting began, I realized I had stepped into the American hate hole.  E-mails were read from the public.  Parents stepped forward armed with copious reports to support “their” findings.  What I heard on the news was being played out here in my little country school.  The “pros” for this.  The “cons” for that.  And after every speech or reading, clapping for “our” side.  I was confused, disgusted, and appalled.  At the end, I waded through the acrimony, to present my friend with her award.  A bouquet of roses and tears to follow were the end of that part of the meeting.  I could not wait to leave.

Now, upon this day of the January 6th Insurrection, I began to see how this anger has come to permeate our lives.  The politics, the pandemic, the personal.  All intertwined in this powerful addiction to a powerful emotion.

What we saw at the capitol on January 6th was a quasi-chaotic mass of enraged and outraged people—a mob.  And this mob arrived like a giant organism that thinks and acts in one humongous mob mentality.  It’s intent—feed the anger.

Yet, I discovered the size of a mob was not always giant, as I had witnessed within our small school.  I realized the mob could be any size, be anywhere, and was constantly looking for its next place and reason to be angry.

A friend of mine who was once hooked on Fentanyl as a result of a back injury described the sheer hell of trying to break free of his addiction.  I asked his opinion about the anger that seemed to be saturating our lives, and if this was similar to his dependence.  It’s worse, he said.  Addicts know they are addicted.  And addicts want to quit.

People like being angry now.  They want more, and from wherever they can get it.  And that is an addiction.  You know when a drug is overtaking your life.  But anger?  That can’t be a drug and thus there’s no reason to get yourself off of it.  The anger become self-medicating.  And thus, we want more.

Anger is easy.  You don’t have to think about the consequences of your anger.  You don’t have to be responsible for it.  You can blame it on the politics or the pandemic, which is a double blame whammy.  Throw in the happy bedfellow of fear and the irrational meter goes off the charts.  But then again, if it’s your anger it’s not irrational, and that’s the beautiful logic of anger.

When we talk about “mob mentality,” we envision an actual group of living, breathing people in motion.  But this physical representation misrepresents what the mob is now in our day and age.  The mob now resides on another planet—the Internet.  Why a planet?  Because it is separate from our world of facts, personal responsibility, and truthfulness.  It is its own world and there is no other.  A world in which everyone can be angry and that is the norm.

Where did this anger addiction start—at the dawn of the Internet with the advent of anonymous anger.  It gave people a secret way to be outwardly pissed at other people—and get away with it.  Remember the “old” adage of don’t put anything on the internet you wouldn’t want your grandmother to read.  Well guess what?  She would be appalled.  That’s not you, she would say now.  But it is you. The dawn of the internet was also the beginning to the end of civility.

Every day we are normalizing this anger.  The most obvious sign of this normalization is people who wear masks and those who don’t.  You can’t help but profile each other.  The masks make it easy.  You are a mask person.  You are a non-mask person.  And that tells you everything you need to know about that person, and how to feel towards them.

Anger addiction is also fueled by the anger machine. The anger machine is an entire complex of people online and in the news who want to keep this division going because it makes a crapload of money for them.  These guys are the kingpins and dealers behind the anger.  Want a hit?  Just turn to the anger machine and they’ll sell it to you—for free.

How do we overcome this anger addiction?  We only talk about what we don’t have in common in our lives.  Yet, we need to realize that we have more in common than not.  But we don’t talk about that, do we.

We have our love of our kids and the daily work/school/live life routine so many are engaged in.  We have our friends, our sports, our hobbies, our neighbors, and our community that keeps us active and engaged.  We have our families strewn hither and yon who we try to constantly be with.  The anger machine despises any talk that promotes what we have in common.   Because if you don’t feed anger to the anger machine, it will begin to break down.

We can overcome this addiction with thankfulness for what we have in our lives.  Making our being thankful as a daily exercise.  When you wake up or before you go to sleep.  A simple pause to think about anything in your life you can be thankful for—and the list is long when you begin to think about it.

We can overcome this addiction with a “natural” time out.  We carry the DNA of nature’s solace within us.  Nature calms us down and puts things in perspective.  These time-outs are where we truly can find moments of real joy.   Of awaking to an early morning dawn or watching the afternoon clouds go by for a few minutes.  Breathing in the smells of a long summer’s evening or feeling the warmth of the sun on your back on a cold winter’s day—these are the natural time outs we so naturally need.

Put away the other addiction—the digital addiction.  The TV’s, the Internet, the cell phones, which just feeds the frenzy.  Spend time with your family or friends.  Or just enjoy a walk around the block, or a moment of silence staring at the stars.

Take a moment to stop and reconsider what’s most important in your life.  Is it to be perpetually chasing the next hit of anger in your anger addiction or to figure out a way to find civility, thankfulness, and calm in your life?  It’s your choice not be addicted to anger.  And therein lies the beginning of the cure.

BIO: Carew Papritz is an educational thought-leader, literacy advocate and award-winning author of the 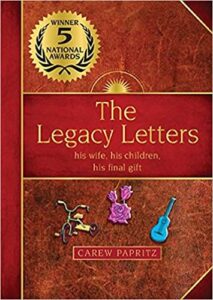 inspirational book, The Legacy Letters. Through his innovative efforts such as the I Love to Read YouTube series and National Thank You Letter Day, Papritz has made a universal impact by being an advocate for literacy and teaching people of all ages about personal and global legacy issues.