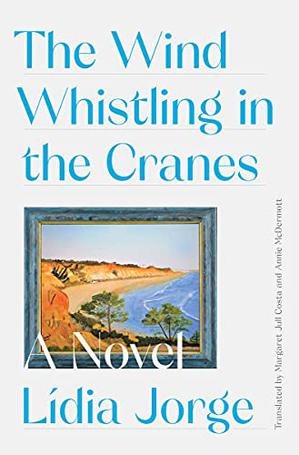 THE WIND WHISTLING IN THE CRANES | Kirkus Reviews


The lonely death of Dona Regina, the matriarch of the influential Leandro family, prompts her granddaughter Milene to investigate its circumstances so she can explain them to the rest of her extended family, all of whom are out of reach on vacation at the time. Milene, an opaque and guileless sort, revisits the site of her grandmother’s demise, the family’s former cannery on the Portuguese coast. Her futile investigative efforts bring her into the orbit of the Mata family, the current tenants of the cannery, who have turned it into their family compound. The welcome extended to her by the Matas, working-class immigrants from Cape Verde, contrasts (in almost every measurable way) with the hand-wringing, anger, and annoyance Milene’s presence provokes within her own family. Jorge manages to recapitulate many of the issues present in post-colonial Portugal—racism, workers’ rights, sexism, economic disparities, overdevelopment—within the context of Milene’s developing romance with one of the Matas, but she never lets the didactic get in the way of the romantic. An anonymous and enigmatic narrator propels much of the narrative while essential aspects of Milene’s sometimes-puzzling character are slowly revealed. Present in both families are key actors and bit players living a thoroughly 20th-century life in Portugal: the White cannery scions are succeeded on their landholdings by the Black Matas, who have produced a pop star (tuna replaced by tunes?). As translated from the Portuguese by the team of Jull Costa and McDermott, who provide an extensive introduction to the work, Jorge’s narrative ranges from the lyrical to the mundane but conveys the universality of a specific, familial place.