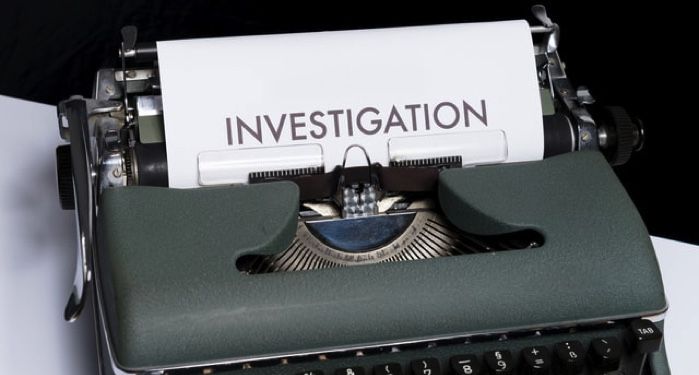 What Are the Key Elements of a Murder Mystery?

What makes a murder mystery a murder mystery? That’s a key question for murder mystery aficionados and, of course, writers. I’ve just finished reading both S.S. Van Dine’s The Benson Murder Case (1926) and Alex Pavesi’s The Eighth Detective (2020), which both look at the murder mystery. The Benson Murder Case demonstrates the process of uncovering a murder, and pokes fun at how clues, motives, etc. can be used to accuse the wrong person. The Eighth Detective looks more formally at the structure of mysteries, based on a mathematician’s analysis of the essential elements of a mystery.

So in honor of both those novels and my lifetime of reading murder mysteries, I’m going to lay out what I think are the five key elements to a good murder mystery.

Fundamentally, a murder mystery must have a murder. It sounds pretty obvious, but it’s important to remember that crime novels, detective novels, and noir are often used interchangeably with murder mysteries. A mystery can mean anything from a murder to something involving stolen/lost items to a kidnapping or disappearance. It may be surprising to learn that many of Sherlock Holmes stories don’t really involve a murder.

Now, many murder mysteries often start with the premise that the person murdered may have died accidentally or via suicide. Part of the story is the detective, amateur, or professional, trying to prove to the police that this belief is a mistake and that a terrible wrong has been committed. 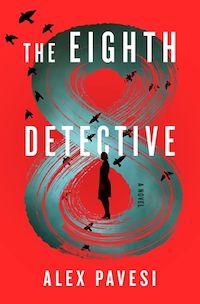 The Eighth Detective by Alex Pavesi

The next key element for a murder mystery is a suspect. As the Eighth Detective explains, there needs to be a few suspects. Someone has to die and someone has to be the cause of the death, whether directly — i.e. through physical violence — or indirectly through poison, traps, etc.

But for a good mystery, there needs to be enough suspects that can keep the story going and keep the reader from guessing too early on just because there are too few people. What was so surprising with The Benson Murder Case was how it went through different suspects, showing how the clues could point to XYZ, but they aren’t the culprit.

Of course, whether the identity is revealed early on or not is not a requirement. Personally, I don’t like the Colombo style where the reader sees the crime and then watches the detective figure it out. But I don’t think it disqualifies a murder mystery from being part of the genre.

The next element is that someone needs to be the detective. Someone needs to work as the proxy for the reader. The detective will lead the reader through the case as they collect clues, talk to people and sum them up. However, the detective does not need to be the same as the narrator. Point of view mysteries can be really fun as the point of view jumps from the detective to other characters. As Diane Peterfreund said in a forthcoming interview for Murder & Mayhem, with stories with shifting points of view, it’s also fun for the readers to know more than the sleuth.

That person can be an amateur or a professional; amateur sleuths are more common in cozies and it’s fun to watch the detective sort of fumble around and get into sticky situations. Professional detectives have more expertise but often have to deal with tricky aspects to their profession, whether it’s dealing with the ethics of their work (should I sleep with my sketchy but attractive client?) or procedural challenges if they are a cop or a private investigator. 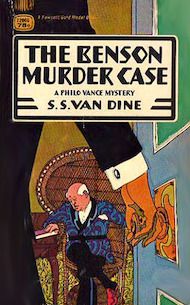 For a good murder mystery, there needs to be clues. They can be found objects — a revealing letter, a missing glove, a fingerprint — or something overheard in a conversation between characters, etc. These are the breadcrumbs that help the reader figure out whodunit. Without them, it’s no fun. Granted, The Benson Murder Case plays havoc with clues, showing how easily clues can point to the wrong person, but without them, there’s not much to hold on to.  While the amateur detective Philo Vance prefers psychology to explain the crime, he’s still using clues in a larger sense — what is or is not there, people’s personalities, etc. Lack of evidence is, in its own right, a clue.

Interestingly, Ronald Knox, a mystery writer active in the first half of the 20th century, wrote a series of rules about what murder mystery writers were permitted to do. While the list is definitely outdated (not only have many rules been successfully broken, but some have outdated, offensive language), he does note that the detective should never be privy to clues that are not available to the reader. The writer ideally has put the clues into the narrative so that everyone, reader included, can see them but may not even know they are relevant. Nothing stings as much as when the detective brings up some important info that they learned off the page in the final denouement that the reader didn’t know about. It feels like cheating or deus ex machina.

Red herrings are a big plus as well. Just don’t go overboard.

I am tempted to put this under clues but I’m going to leave it as the fifth and final element.

There must be some kind of murder weapon or an object that can kill. There can be the conventional weapons — knife, gun, rope, or candelabra, a la Clue — or something like poison. Again, the weapon should ideally be a clue, since access to and possession of the murder weapon should help point to a suspect, whether it’s the real culprit or not. Again, it should be something found with the reader, and not just show up in the final act.

These five elements are essential to the murder mystery genre. Other elements like a sidekick, a pet (looking at you cozies), locked room or some clever murder, are all nice to have. There may be different iterations or games played with anyone of them, as evidenced by The Eighth Detective and the Benson Murder Case, but they need to be in the mystery in my opinion.