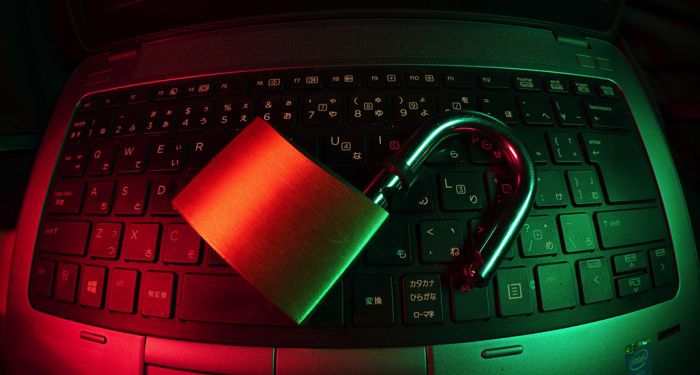 What Are The Library Freedom Project and Abolitionist Library Association?

“The FBI has not been here,” reads the library sign. Underneath lie the bracketed words: “(watch very closely for the removal of this sign).”

The last five years have been a difficult time for libraries. Among issues of online surveillance and questions of safety of marginalized communities in libraries, librarians have had their fair share of issues to deal with. Leaders in the field such as Alison Macrina, founder of The Library Freedom Project and the Abolitionist Library Association have begun advocating for patrons’ digital privacy and safety, championing libraries as both democratic institutions and safe spaces for communities everywhere. The story of these developments, however, has its roots in 2013.

Edward Snowden, former infrastructure analyst for the National Security Agency (NSA), had been employed in an underground facility in Hawaii when he witnessed the mass collection of electronic data on American citizens. Believing he owed the public the truth, Snowden copied files of NSA’s top surveillance programs, and gave the information to select journalists. Glenn Greenwald, working for The Guardian at the time, was one of these journalists, and he published an interview with Snowden along with comprehensive coverage of Snowden’s testimony in The Guardian’s NSA Files.

Snowden’s testimony uncovered a program called PRISM, among others. PRISM, under the NSA, had access to emails, documents, photographs, and other sensitive data. Facebook, Google, Apple, and Microsoft were all complicit in handing over such data. Verizon was ordered to hand over call details to the NSA on a daily basis.

The Patriot Act at the time allowed the government to access library records via a secret court order without probable cause and could block the librarian from revealing the request to anyone. This access to library records came into place post-9/11 and defined “records” as “any tangible thing,” including, of course, a library patron’s search history. The Patriot Act legalized library access under the Foreign Intelligence Surveillance Act (FISA), which has since been amended through the FISA Amendments Acts of 2008, also known as the FAA.

“When you know that people are recording what you are doing online or if you know cops, the FBI, the DEA, or ICE could access your library or digital history, chances are you are not going to say or research what you might otherwise,” writes Alison Macrina and April Glaser, “Self-censorship ensues because surveillance chills speech.”

Snowden’s testimony sparked a nationwide debate about digital privacy and government surveillance. Alison Macrina, working at a library in Watertown, Massachusetts at the time, was among those concerned.

“Like a lot of other librarians, I started thinking about privacy a lot more acutely, I think, right after Snowden,” Macrina told Zoë Carpenter, who writes about this issue in The Nation. “I didn’t know just how much privacy was being violated, and what we weren’t doing to address it.”

Macrina installed privacy protection tools on computers at her library and began teaching patrons about digital privacy. When these trainings proved popular, Macrina began to upscale, partnering with the American Civil Liberties Union and started conducting workshops all over New Hampshire to equip librarians with the tools to keep their libraries and patrons safe from online surveillance. Privacy training included educating people about a lot of what Snowden uncovered — programs like PRISM and XKEYSCORE as well as the Patriot Act and the FAA. Their partnership was called The Library Freedom Project (LFP), and in January 2015, the Knight Foundation awarded it a grant of $244,700 to expand its outreach.

Collaboration with Tor and the Library Freedom Project’s Pilot Project

Tor — short for The Onion Router (and not to be confused with publishers Tor and Tor.com) — is a free, open-source software that enables anonymous communication. It directs internet traffic through a worldwide volunteer overlay network that conceals users’ locations as well as their usage from surveillance and traffic analysis. The Tor Project is a Seattle-based non-profit that is responsible for maintaining the Tor network.

Macrina collaborated with Tor to provide anonymous surfing at Kilton Public Library in Lebanon, New Hampshire, in July of 2015. It was the first library to host Macrina’s pilot project. The library let Tor users around the world bounce their internet traffic through the library, therefore hiding patrons’ locations.

Trouble came when the Department of Homeland Security got in touch with the local police department to halt the project. The Kilton Public Library temporarily took down the Tor network after their meeting with the police. At the next library board meeting, over 50 patrons came in support of the project, and it got the green light to restart.

Since then, the Library Freedom Project has received $50,000 in funding from the Rose Foundation’s Consumer Privacy Rights Fund in 2016 and $249,504 from the Laura Bush 21st Century Librarian Program the following year. In 2018, LFP partnered with New York University to create the Library Freedom Institute (LFI) which is a free, four-month program that trains librarians to become privacy advocates. As of July 2020, there have been over 100 graduates from the program.

Birth of the Abolitionist Library Association

Macrina’s work, however, hasn’t stopped there. In July of last year, Macrina founded the Abolitionist Library Association (AbLA), which seeks to “divest from all forms of policing in libraries” and invest in “collective liberation.” The AbLA seeks to remove police from libraries and reroute the funding that generally goes towards these positions to help local communities. It is part of a larger set of movements such as Cop Free Library, Safe LAPL, and Libraries for All St. Louis. Activists, along with student bodies in universities including Cornell, Columbia and MIT have also joined the cause.

While these movements have been ongoing, they gathered more momentum in the wake of George Floyd’s death, among increasing concerns over the safety of marginalized communities in public spaces. The AbLA not only seeks to defund the police but also has the larger goal of prison industrial complex (PIC) abolition in mind.

As public spaces with a variety of resources, libraries are often safe havens for marginalized communities — not only for people of color and those belonging to the LGBTQIA+ community but also those who are experiencing homelessness, unemployment, and more. Police presence both intimidates patrons as well as creates an environment of self-censorship. Like online government surveillance, police presence is hence seen as antithetical to the democratic goal of libraries as resources for all. Moreover, police presence can contribute to gatekeeping, making marginalized people feel less welcome in libraries.

The call to divest police presence in libraries has been gaining traction. The alternative is to hire social workers and others who are equipped to de-escalate situations and provide social service support.

In 2015, Denver hired social workers at libraries to give on-site support to patrons. They have since helped patrons locate housing options and healthcare, among other services. There has been talk about hiring social workers to better support patrons.

In September 2020, St. Louis County Libraries (SLCL) canceled the off-duty police contract with Hudson Security Services at a Board of Trustees meeting. SLCL also committed to hiring social workers and training staff in de-escalation tactics in October of the same year, as well as raising the minimum wage to $15 an hour.

Los Angeles members of the AbLA were able to get the Board of Library Commissioners to transfer $2 million from LAPD Security Services to a Reimagining Safety Initiative last year as well.

The last five years have been an exciting time, but it seems libraries are rising to the challenge. To learn more about LFP and AbLA’s call to action, visit this page.

Why You Should Sit on Your Library Board