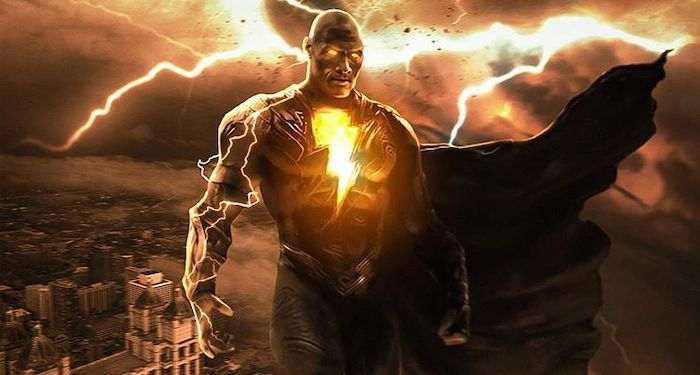 What’s Next for DC: Breaking Down DC’s 2022 Teaser Trailer

On February 11, DC dropped a one minute long trailer for its 2022 superhero movies. The video serves as more of a sizzle reel than anything else, offering sneak peeks at the upcoming The Batman, Black Adam, The Flash, and Aquaman and the Lost Kingdom. Take a gander:

The trailer moves pretty fast and there’s a lot crammed into that single minute, but luckily I’m a certified DCologist. Here’s the breakdown of what it shows, plus what we already know about these four films:

This one is nearly upon us, so we already know quite a lot about it. Batman is being played by everyone’s favorite sparklepire Robert Pattinson, of course; he’s joined by Zoe Kravitz as Catwoman, Paul Dano as the Riddler, Jeffrey Wright as Commissioner Gordon, Colin Farrell as the Penguin, and Andy Serkis as Alfred Pennyworth. Like 2005’s Batman Begins, the movie will depict a Batman early in his career, so it’ll be interesting to say whether it cribs as heavily from Frank Miller as the Nolan and Snyder movies did or brings something new to the table. It’ll also be interesting to see if it falls into the “too many villains” trap of Batman and Robin and Spider-Man 3. I guess we’ll find out!

Unsurprisingly given how close we are to the release date, the new trailer doesn’t show us much we haven’t seen in earlier trailers. There’s Batman, there’s Catwoman, there’s the Batmobile, and that’s really it. But this isn’t what I’m here for, anyway.

THIS IS WHAT I’M HERE FOR. Black Adam is a spinoff of 2019’s Shazam! Dwayne Johnson, who has been attached to a potential Shazamverse film since 2006, plays the title character, a 5,000-year-old antihero with the same powers as Shazam. Honestly, the 16 years of anticipation would be enough to get me stoked about this one, not to mention the fact that Black Adam is a really cool, interesting character.

But the decision was made to bring in a bunch of Justice Society of America characters for Black Adam, a fact that has me more excited than I’ve been for a superhero project in years. The lineup includes Aldis Hodge as Hawkman, a reincarnated Egyptian prince turned archaeologist; Pierce Brosnan as Doctor Fate, one of DC’s most powerful magical heroes; Noah Centineo as Atom Smasher, with the power of growing really, really big; and Quintessa Swindell as Cyclone, who can control wind. The cast is rounded out with Sarah Shahi as Adrianna Tomaz, a resistance fighter in Black Adam’s native Kahndaq; in the comics, Adrianna becomes the hero Isis and marries Black Adam. (It, uh, ends pretty poorly, though.)

These are such interesting character choices, drawing heavily from the excellent 1999 JSA series, and the casting is superb all around. The new trailer shows Adam facing off against helicopters, plus some glimpses of his backstory; Cyclone and Atom Smasher in civvies joking together; Doctor Fate offering a hand to Black Adam; and all of the JSAers in costume, including great shots of Hawkman flexing his wings and Atom Smasher running through a city at the same height as the buildings around him. I don’t know if it’s my deep and abiding love for Atom Smasher or the fact that this is the only one of the four movies in the trailer that seems at all well lit, but I cannot wait for July.

Anyone else remember when DC was trying really hard to emulate the success of the MCU and so they announced not just Justice League but a whole slate of spinoff movies featuring the various Leaguers? But then Justice League was, you know, terrible, and between behind-the-scenes controversy and COVID upheaval, most of those sequels and spinoffs just kind of…disappeared. Aside from 2020’s Wonder Woman 1984, The Flash starring Ezra Miller was the only one left standing.

So how does it look? Eh.

Okay, I’m probably not being fair. But this movie has made the baffling choice to adapt Flashpoint, the 2011 story in which Barry Allen attempts to alter the past and prevent his mother’s murder, but accidentally breaks the timeline in the process. I loathe Flashpoint, both because I hate the emphasis on fridging Barry’s mom over and over again and because Flashpoint was the event that kicked off the New 52 reboot, something which I have still not forgiven DC for 11 years later. Plus, Flashpoint has already been adapted as an animated movie and by the CW TV show (it’s why I stopped watching the show, actually), so I’m not sure why DC felt the need to commit this not-very-good story to film a third time.

Ezra Miller’s Barry will be joined by Kiersey Clemons as his love interest Iris West and Ron Livingston replacing Billy Crudup as his father. Most interestingly, we’ll see a mix of returning and new characters across the DCEU: Michael Shannon and Antje Traue reprising their roles as General Zod and Faora-Ul from Man of Steel, Sasha Calle appearing for the first time as Supergirl…and both Michael Keaton and Ben Affleck as Batman.

There’s no new Flash footage in this recent teaser; everything we see was already shown in a teaser during last year’s DC FanDome. There’s a few clips of Barry in (a terrible) costume, a shot of him with his mother, another shot with two Barrys and Supergirl in the Batcave, and some hints at Michael Keaton’s Batman. We also hear Michael Keaton’s voice asking “You can go to any timeline, any universe…why fight to save this one?”

The double Barrys are intriguing, as is hearing Keaton’s Batman, but again, the CW’s Flash already did this with their Crisis on Infinite Earths crossover, complete with an Ezra Miller cameo where their Barry met the show’s version played by Grant Gustin, plus a whopping three different Supermen (Tyler Hoechlin, Brandon Routh, and Tom Welling). Plus Marvel just pulled a similar stunt with Spider-Man: No Way Home and its oodles of Spider-veterans. On the other hand, Ezra Miller’s performance was one of the few bright spots in Justice League (though some of the allegations against them are troubling), so maybe I’ll be eating my words in November. I hope so!

Aquaman and the Lost Kingdom, December 16

And finally, we have the sequel to 2018’s Aquaman. This movie will bring back most of the cast of the first film, including Jason Momoa as Aquaman, Amber Heard as his love interest Mera, Nicole Kidman as his mother Queen Atlanna, Patrick Wilson as his brother and future villain Ocean Master, Willem Dafoe as his advisor Vulko, and Yahya Abdul-Mateen II as the villain Black Manta. (I broke down the various characters over here when we were gearing up for the first movie.)

Unsurprisingly considering the distant release date, the footage for this one is scanty, consisting of two shots of Momoa in costume and a voiceover of him saying the truly silly line: “What could be greater than a king? A hero.”

There’s no hints yet as to what the titular lost kingdom could be. Aquacomics are absolutely lousy with underwater kingdoms, including Tritonis, Thierna na Oge, Bazilia, Hy-Brasil, Shayeris, Xebel, the Trench, and probably some I’m forgetting. It could also somehow refer to Atlantis, Aquaman’s home kingdom, itself. But I guess we’ll find out in ten months!

Over the past decade or so, we’ve been deluged with superhero media on both big and small screens, and despite my deathless love for the genre, I’ve found it hard to get excited when there’s just so much. But this trailer has managed to recapture some of the thrill I used to feel, especially those Black Adam clips. The DCEU has had a rocky road, with more failures than successes, but here’s hoping all of these movies are as good as my loftiest hopes, and that attending movies in theaters keeps getting easier and safer.