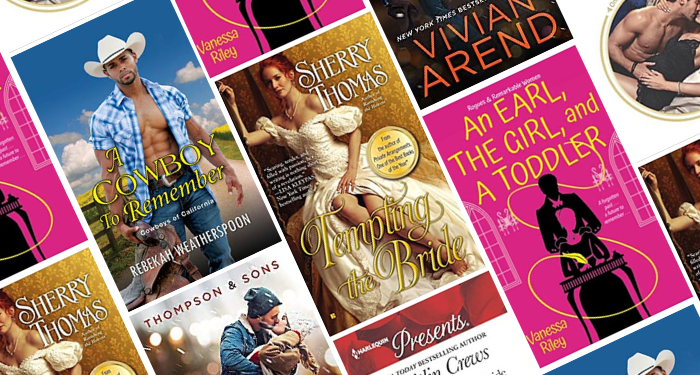 Why We Can’t Forget about Amnesia Romances | Book Riot

If there’s a romance trope likely to elicit strong reactions from readers, it’s amnesia. (Secret baby being another polarizing trope!) Love them or hate them, romances with a main character experiencing drastic memory loss have been with us from the start. Heck, if you squint at it, The Odyssey, one of humanity’s oldest surviving works of literature, is a romance story. At heart it’s about a man returning home to his wife after being away at war and lost at sea. Of course Homer knew to give the people what they want and throw an amnesia subplot in there.

If you think amnesia is the stuff of 1980s soap operas, well, that may be true. But it’s much more than that. So many romance writers have written amnesia romances that it’s practically a rite of passage for an author who writes more than a handful of books. Nora Roberts, Lisa Kleypas, Nalini Singh — they’ve all gone there, some more than once. Some of my personal faves in recent years include A Cowboy to Remember by Rebekah Weatherspoon and An Earl, the Girl, and the Toddler by Vanessa Riley. If you can’t already tell, it’s a trope I wholeheartedly endorse. Anytime storytellers tap into a tradition so rich, I believe it strengthens the connections that make this genre so special — and also fun, over-the-top, and occasionally not super believable.

It is important to note that the way that amnesia presents in romance (and lots of other media) is often not closely tied to its real-life presentation. There’s a nice piece about amnesia romance on All About Romance that goes into more detail about how true medical problems including memory loss and traumatic brain injury are typically much messier and less sexy than their fictional counterparts.

In effect, amnesia functions in romance as a way to inject something essentially supernatural into an otherwise realistic story that readers won’t blink an eye at. Which isn’t to say the trope is confined to “realistic” romances. May Peterson adapted the amnesia trope to a fantasy romance in The Immortal City, the second book in her lush series The Sacred Dark. In that book, Ari is reborn into an immortal soul lacking all knowledge of his previous life. Then he meets Hei, a mortal man who may be able to help him recover his memories. And their destinies intertwine.

It’s like the stipulations in wills requiring characters to be married to gain an inheritance that show up in romances. Those function more like a magical curse than a real legal document. And that’s not a complaint. A little suspension of disbelief can be fun.

Case in point: another of my favorite amnesia romances is A Baby to Bind His Bride by Caitlin Crews. In it, a man thought dead in a plane accident is found leading a cult in Idaho. So his “widow” seeks to rescue him, naturally. It’s full of winking references to The Odyssey and it’s about as far from realism as can be. So I’m willing to go with it: bonk on the head = amnesia. Another bonk = memory restored. But why does romance keep returning to the amnesia well?

The Practicality of Amnesia

Amnesia is a versatile tool in a romance writer’s kit, as I discovered in corresponding with Gaja Kołodziej. She wrote a thesis about the use of the amnesia trope in contemporary romance. She broke the use of amnesia into three main categories, beginning with amnesia as proof that love conquers all. This can happen because of the way amnesia can relieve characters of a bunch of their pre-existing baggage. As she said, “In a way, it brings a relationship down to a very basic question — is there sexual interest or not, since due to amnesia there are no other pointers such as education, profession, religion, family/associations, interests, and so on. An amnesiac doesn’t fit into any category.”

An example of this is the sapphic second chance romance Lightkeeper by Magnolia Robbins. In this book, the past is stripped from Lily Taylor due to an accident. But the love she has for her childhood best friend Morgan Wallace jumps across that gap. Marine biologist Lily forgot all the friction over their future goals prior to the accident. So she is naturally bound to fall in love with lighthouse keeper Morgan all over again.

The second use of amnesia is to create vulnerability. “When facing amnesia, protagonists are more prone to trust each other,” Kołodziej noted. This idea was underscored by Tracey Livesay, who wrote to me about her amnesia romance Love Will Always Remember. In that novel, Leighton awakes from a coma after six years with no memories and subsequently finds herself falling for her fiancé’s brother. What an exquisite conundrum!

Tracey Livesay pointed out that vulnerability is the name of the game when it comes to romance. She said:

Just my favorite list of tropes right there. She called me out; I am a glutton for vulnerability.

The third mode for amnesia stories as categorized by Kołodziej is the reinvention story. She said that within romances amnesia “heals emotional wounds and fosters the lovers’ personal development.” Sherry Thomas, who wrote the historical amnesia romance Tempting the Bride, chose this path. That story features Helena, stricken with amnesia due to a carriage accident. Thanks to the clean slate, David, who Helena despised prior to the accident, gets a second chance for a first impression.

One might imagine reinvention is for the person suffering from amnesia, but it’s not the case in Tempting the Bride. “For David, when Helena no longer remembered him or all the dumbass things he’d said and done over the years, because he could never bear to let her know that he loved her, it became the first time that he was ever able to be completely himself before her, to open up, and watch her open up in return,” Thomas said.

The Secret Ingredient is Amnesia

Truly, amnesia is like a staple ingredient in romance cuisine, able to soak up a million flavors. Kołodziej outlined the three main modes she observed, but she noted there’s much more flexibility in amnesia as a romance trope. It can be an engine for plot and character development simultaneously. Sherry Thomas noted the character work amnesia did in Tempting the Bride. But she was also honest about its usefulness as a plot device when she found during the writing process that her book needed more conflict. Amnesia can add a mystery that needs to be solved, danger that must be avoided, or the possibility of deception that will inevitably be found out. For people interested in the power dynamics playing out in romance novels, amnesia will create a brand new one as quickly as a character receives a blow to the head.

Writers are often (perhaps always?) processing the events of their real lives as they write fiction. And that can be true for romance authors writing something as ostensibly bananas as an amnesia plot. Tracey Livesay named Ride Baby Ride by Vivian Arend as an influential amnesia romance. She said it explored recovery from traumatic brain injury in a different way than she’d read in other amnesia stories that veer more toward the magical. That story, in which a pregnant woman with amnesia named Katy meets two men claiming to be the father, encouraged her to write her own amnesia romance.

Livesay’s interest in the mysterious workings of the brain was personal, because her daughter had brain surgery when she was 5 years old. Livesay said, “And the shift in her personality was startling. I mixed that observation with the idea that who a person is, who they define themselves as, is determined by their experiences…their memories. If they lose those experiences, could they remake themselves? Become different — better — people?” This honest exploration is what sets Love Will Always Remember apart as a gem within the sub-genre of amnesia romance.

The high wire act of romance is to take a very simple story, that characters fall in love and are happy at the end, and make it compelling every time. Amnesia is one way of complicating that story, and the way it complicates is very complicated! To my favorite romance writers who have yet to drop their bucket into the amnesia well, I hope you’re daring enough to go there. After all, the best amnesia romances are simply unforgettable.