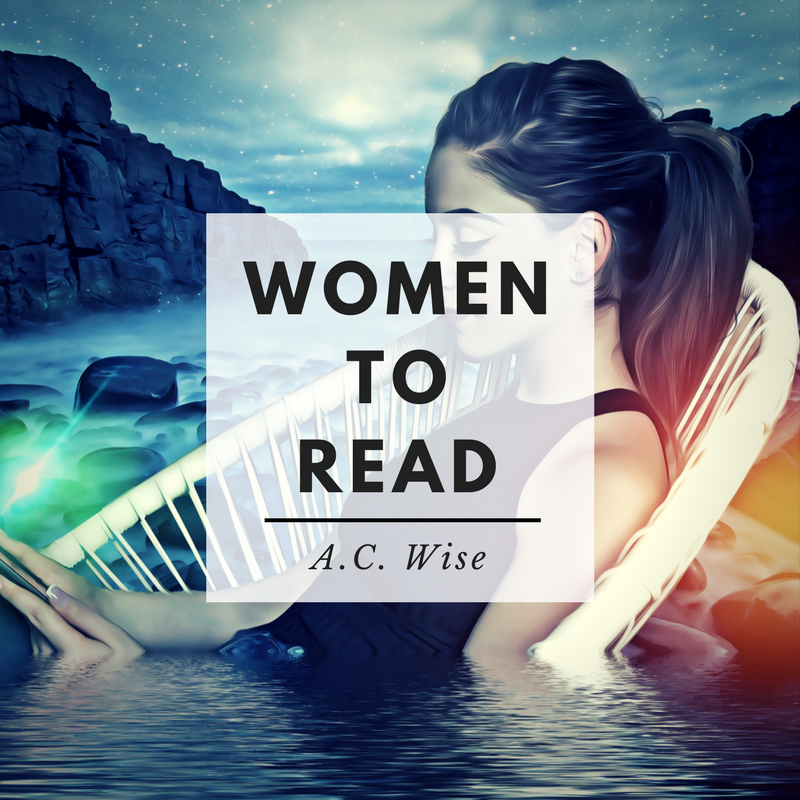 
Women To Read is a regular column from A.C. Wise highlighting female authors of speculative fiction and recommending a starting place for their work.

Welcome to another edition of Women to Read! If you’re new to the series, with each column, I recommend four women you should be reading, and point to a specific place to start with their work. This column also has a sibling-series, Non-Binary Authors to Read, packed with even more reading recommendation goodness.

I would say I’m on a horror kick as Autumn slowly approaches, but let’s be honest – I’m always on a horror kick. That being the case, I have two horror novels, and two horror/dark short stories to recommend this time around. As the weather (again, slowly) starts to cool and the leaves start to turn, it’s the perfect excuse to grab your favorite warm beverage, curl up somewhere cozy, and enjoy some chilling reading.

Jennifer McMahon is a Vermont-based author with multiple novels to her name, and my recommended starting place for her work is the New York Times bestseller, The Invited .

The set-up is a familiar one: couple Nate and Helen move to a remote location with the intention of building their dream home and quickly discover the land has a dark past and may be haunted. Back in the 1920s, a woman named Hattie Breckenridge lived on the land, was accused of witchcraft, and was eventually hanged. Her young daughter survived her, leading to a whole line of seemingly-cursed women, each meeting an unpleasant end.

It was a scrabbling, gnawing sound coming from under the bed. Steady and grinding. There was something down there. Something with sharp teeth. Something chewing its way up to them.

While the set-up may be familiar, McMahon quickly flips the traditional haunted house tropes. Helen deliberately sets out to build her house with as many relics related to Hattie Breckenridge and her descendants as possible. As the title implies, this haunting is invited. The novel’s approach to ghosts and the traumas of history is fascinating on several levels. Helen choice to build a haunted house is a wonderful inversion, putting her in control – at least to some degree – of the events happening around her. While distrust and paranoia test her relationship with Nate, and while sinister things are afoot all around, the reader is never left with the question that often plagues haunted house stories – why does the haunted family stay? In this case, curiosity and compassion are the answer. Helen immediately recognizes there is more to Hattie’s story. Instead of a witch seeking revenge and cursing the land as a result of her traumatic death – another familiar trope – Helen believes Hattie was maligned, and seeks to understand her and offer some measure of peace if she can. Women being made monstrous as the result of trauma is another staple of the horror genre, and while I love a good traditional haunted house story, and the enduring curse due to a violent death can be done very well, it’s refreshing to see a different take on both themes. None of the creep factor or the tension is lost as a result, making The Invited is highly satisfying horror read.

Laura Mauro is a fiction writer, a pro wrestling journalist, and the Women’s Wrestling Editor for Steelchair Magazine. My recommended starting place for her work is “When Charlie Sleeps” originally published in Black Static, and republished in Best British Horror 2014 and her collection, Sing Your Sadness Deep.

Like many of the stories collected in Sing Your Sadness Deep, “When Charlie Sleeps” is unsettling, and draws much of its horror from what it leaves unexplained. Hanna lives in a decaying house with Mercy, Stella, and an entity they refer to as Charlie, who occupies the upstairs bathroom. None of them know precisely what Charlie is, only that it is vital that they keep him happy and, as much as possible, keep him asleep. Terrible things happen when Charlie is awake, manifestations that affect the house, and – so Hanna’s roommates tell her – if left unchecked, the whole of London.

It’s hot in the bathroom, thick and tropical like the inside of a vivarium. Hanna closes the door behind her with a click. Across the room is a cast-iron bathtub, the enamel stained yellow like old bones. The tiles are furry with black mildew, the windows obscured by newspaper. She breathes deep, easing her nerves, and heaves the bucket onto the counter.

Hanna resents being drawn into her role as one of Charlie’s caretakers. Charlie is an innocent, but also a creature of want. He cannot be reasoned with, only soothed and kept asleep with lullabies and songs. Charlie may be a parasite, but he’s a symbiotic one, vital to the city.

Charlie can be seen as a version of the buried child, but rather than suffering abuse so the rest of the city can flourish, he’s a monstrous thing that must be placated, even if he’s horrible through no fault of his own. He’s a force of nature, in a way, frightening and misunderstood, lonely but dangerous. There’s something almost childlike about Charlie, and Hanna, Mercy, and Stella can be seen as reluctant and resentful parents, feeding and caring for a child that is all hunger and want, interrupting their sleep, and unable to explain his needs or understand what they are doing for him. Caring for Charlie calls on them to be unselfish, for uncertain rewards, and it seems only a matter of time before the task proves to be too much.

“When Charlie Sleeps” is full of evocative and visceral descriptions. Again, much of the horror here comes from what is left unexplained. Particularly early on in the story, before Charlie’s nature is explored, the story draws tension from and plays with the idea that the scariest thing is indeed a closed door with someone unknown, and perhaps unknowable, on the other side.

Alma Katsu has been nominated for multiple awards, including several for my recommended starting place with her work, The Hunger , a historical horror novel retelling and reimagining the story of the Donner Party.

The story is told from multiple viewpoints, including those of Mary Graves, one of ten children traveling west with her family, Tamsen Donner, the young and beautiful wife of George Donner, believed by many to be a witch, and Charles Stanton, a bachelor traveling on his own, an oddity among a party made up of families. Katsu weaves these perspectives together to tell a rich tale, while giving each perspective its space to breathe and making each character feel alive and fully-realized. A sense of dread pervades the novel, partially from the known history and the fate that must ultimately befall the characters, but also from from the writing itself.

Mary took the paper. It was brittle and fragile from many days in the heat. She unfolded it carefully, afraid it might disintegrate in her hands. The ink was faded, as though it had been written a long time ago, but she didn’t have any problem making out the words. Turn back, it said in a thin, spidery hand. Turn back or you will all die.

As tragedy stalks the party, paranoia builds among its members. There is plenty of finger pointing, and plenty of blame, including self-blame. Each member of the party comes with their own baggage, and their own demons. Katsu does an excellent job of layering the characters and their stories together, steadily increasing the tension and the sense of threat, and suggesting multiple possibilities for the curse that seems to stalk the party before ultimately revealing the truth. The Hunger is satisfying as a character study, as a historical novel, and as a supernatural horror novel, all perfectly balanced into a highly atmospheric and chilling whole.

Kay Chronister is a Tuscon-based short story writer, and my recommended starting place for her work is “The Fifth Gable” which originally appeared in Shimmer Magazine and is reprinted in her collection, Thin Places.

Four women share a gabled house, growing children from the earth, fermenting them, and building them from spare mechanical parts. One day, a young woman named Marigold Hest comes to them, seeking a child, unable to conceive by conventional methods.

The second woman to live in the four-gabled house pulled her children from the ground like stubborn roots. They came out of the soil smelling of pollen, with faces like tulips. They were healthy until she cut their stems, and then they withered. They returned reedy and gray-faced to the earth.

One by one, the women try, and one by one, the children fail to thrive. Marigold suffers with each loss, and the women suffer too. The story tends more toward dark fantasy than outright horror, but there are horrific things within it – the sacrifices required in making a child, by whatever means, and the pain of loss when those sacrifices don’t work out. The story also explores the notion of motherhood being the expected role of a woman, her only purpose to produce a child, no matter what the cost. Marigold desperately wants a child, but she’s afraid to say why, implying it is not solely on her own behalf, but also implying she hasn’t fully questioned her own desires and whether this is truly what she wants, or what she’s be conditioned to want. This concept is explored through the denizens of the house as well, who each come to the house with a certain identity, one that they no longer recognize in themselves now that they’re dedicated to house and making children.

The story has a surreal and dream-like quality to it, and the prose is full of striking and lovely imagery. A sense of sorrow hangs over the story, but a sense of hope as well, and the two are bound together, suggesting that one is not possible without the other. To care for someone else, like a child, is to open yourself up to the possibility of pain, and it’s up to each person to decide for themselves whether that hurt, or potential hurt, is worthwhile.